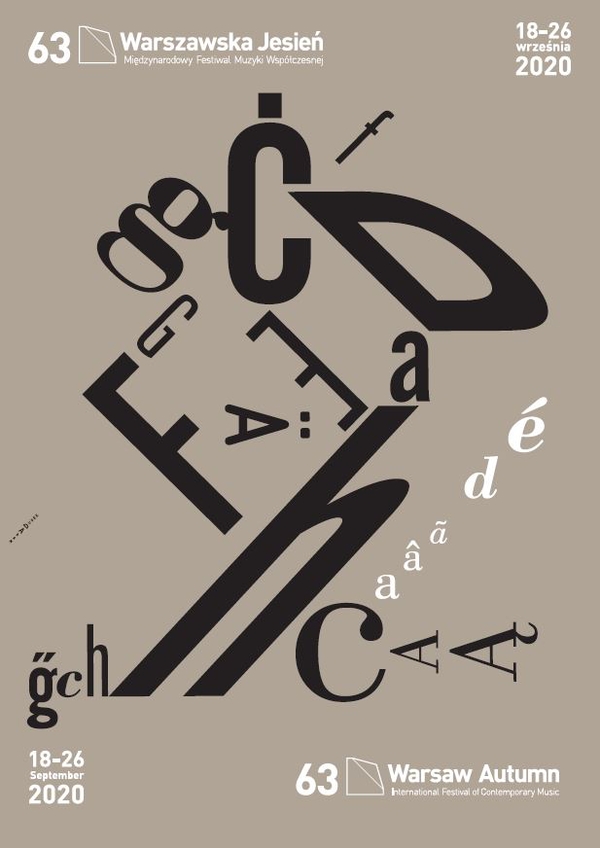 Warsaw Autumn (Warszawska Jesień), the new partner in the ULYSSES Network, is a festival with a long tradition and a true witness to music history. For many years, it was the only event of this kind in Central and Eastern Europe. Nonetheless, it remains a living organism: it thrives as much as Polish cultural funding and the general condition of music allow. The Festival is organised by the Polish Composers’ Union. Warsaw Autumn is, therefore, an international and nonprofit festival of a nongovernmental association.

Warsaw Autumn was created in 1956, during the thaw that followed years of Stalinist dictatorship. Even though the government quickly abandoned the democratisation course, the Festival continued without interruption (with two exceptions) during the entire Communist era: its finances were secured by the state (up to this day, it is primarily finances from public funds). In the 1990s, Poland’s new economic and social situation threatened the financial stability of Warsaw Autumn. With a new model and procedures of culture financing developed since, the subsequent editions of the Festival may now be planned in a much more predictable way.

From all the above, an important aspect of Warsaw Autumn emerges: the new and newest trends are presented in the context of modern classics. The Festival’s identity is that of an event that shows modernity in its relation to tradition. Moreover, the Festival is a debate, a forum for different tendencies and opinions. Finally, the phenomenon of Warsaw Autumn is that it performs its mission continuously, year after year. It is not a one-off event, a news campaign, or a themed concert. The essence of Warsaw Autumn is that it has stayed—for nearly sixty years—the same. And yet it is continuously renewed, following the evolution of art, cultural situation, and overall reality.

Contemporary music in Poland has long functioned on somewhat odd terms; it has been considered hermetic, abstract, and specialist. Hence the challenge undertaken by the organisers, in the new socioeconomic reality of Poland, to overcome that stereotype. Indeed, Warsaw Autumn’s audience continues to grow, sometimes overflowing the concert venues. Importantly, the average age is low. The public is increasingly interested in more refined, complex music. The question today is no more whether contemporary music makes sense but what it really is—whether modern music can only make sense in the historical context of the Western tradition of serious art music.

The atmosphere of the Festival has certainly changed in recent years, compared to the early 1990s and earlier. Our concerts have expanded to different venues across Warsaw in search of new audiences: apart from traditional venues such as the Warsaw Philharmonic, Music Academy, theatres, and churches, Warsaw Autumn now also take place in less “classic” places: sports halls, old factories, modern buildings, and clubs. New colour is being added to the Festival by young people, who prevail in the audience. They are not professional musicians or artists: they just participate in culture. As to the music itself, it increasingly often features an electroacoustic layer. Concerts require complex systems of sound distribution. Composers treat space as an important factor of form. They introduce video projections and new technologies. A good example is the audiovisual orchestra concert presented during the 48th Warsaw Autumn Festival. The incredible scenery of the Highest Voltage Hall’s “futuristic” facilities, wonderfully illuminated by Polish Television, became an additional element of the show.

Music is a language, but language carries its own music. In our festival’s programme, these two elements will intertwine in various ways, touching upon issues such as:

the role of words in music; words embedded in music and music embedded in words; the language of music, the music of language; common elements between music and language; the specificity of structures; the grammar of music, the architecture of text; similar functions; music and information; communication through music; means of transmission; the “speech” of music from the social perspective; art of the time of the plague: home music.

And much more about the relationship between music and language, as well as many works without that relationship. Because music written today cannot be simplified to one, even fundamental issue.


Jerzy Kornowicz
Director of the Festival