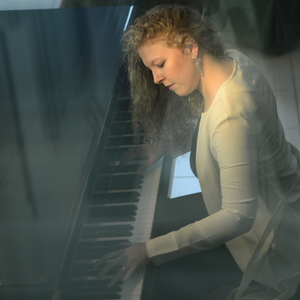 Martyna Kosecka, born 1989, Gdynia, Poland. Composer, conductor and performer. She obtained an MA degree in the composition class of professor Krzysztof Meyer, BA degree in orchestral conducting in class of maestro Rafał Jacek Delekta in Music Academy in Kraków and MA in orchestral conducting in class of maestro Szymon Bywalec in Music Academy in Katowice. She participated in international and nationwide conducting masterclasses held by important conducting authorities as Maestro Colin Metters, Alexander Liebreich or Tadeusz Strugała. Kosecka lead concerts with various ensembles, such as Ensemble 4020, Silesian Philharmonic Orchestra and many others. Her electronic piece Topic: the music of pressure has been presented in a competition Call for sounds during International Festival of Contemporary Music Warsaw Autumn (2009). She was also a finalist of 54. Tadeusz Baird Young Composers Competition (2013) and a laureate of 4th Zygmunt Mycielski National Composers’ Competition (2013). She is a winner of 5-Minute Opera Competition, organized by 28.Music Biennale Zagreb in Croatia in 2015 (a reward is a new opera commission) and winner of Swiss EKLEKTO Ensemble call for proposals at the same year. She also received the 2nd prize at IV National Krzysztof Penderecki Composition Competition, held in Sopot, Poland. She is an author of libretto and electronics to the contemporary opera-theater “At the Waters of Lethe” by Idin Samimi Mofakham, being staged during NODO Festival in Czech Republic in 2016. She was a scholarship holder of Minister of Culture and National Heritage in academic years 2011/2012 and 2013/2014. She is also a scholarship holder of SapereAuso Fundation for talented young artists in year 2013/2014. Since 2012 she is a member of Youth Circle next to Polish Composers’ Union. Martyna Kosecka participated in many national and international composer’s masterclasses, held by Chaya Czernowin, Beat Furrer, Phil Niblock, Alvin Lucier, Agata Zubel, Uros Rojko, Caspar Johannes Walter, Martin Smolka, Christian Wolff, Peter Ablinger, Philipp Glass, Peter Kotik, Bernhard Lang, Charlemange Palestine, Carola Bauckholt and the others. Her classical compositions were played on 52, 56 and 57 Festival of Contemporary Music Warsaw Autumn, AudioArt Festival in Cracow, SoundScreen Festival in Bydgoszcz, aXes Festival in Cracow, OstravaDays 2013 and 2015 Festival of New and Experimental Music in Czech Republic, IMPULS Festival in 2015 Austria or 28.Music Biennale Zagreb in Croatia. Her music was played in Poland and other countries of the world (Norway, Czech Republic, Armenia, Iran, Belgium, Georgia). In her compositions she is searching for unusual combination of sounds, paying attention for quality of harmonies and moments in music. She uses a great variety of styles and techniques in her works: from clearly atonal music to compositions connected with post-spectralism and neo-sonorism. Recently her main goal is searching for new exceptional sound fields in music with help of electronic processing of acoustic instruments. In 2013, together with Iranian composer Idin Samimi Mofakham, she co-founded Spectro Centre for New Music, specializing in giving workshops in area of modern music and organizing concerts (from improvisation genre, already famous composers’ works to discovering still unknown young artists and promoting their music). Their intensive tries and vivid activity helped to run the festival of contemporary music – Ist International Contemporary Music Festival in Tehran. 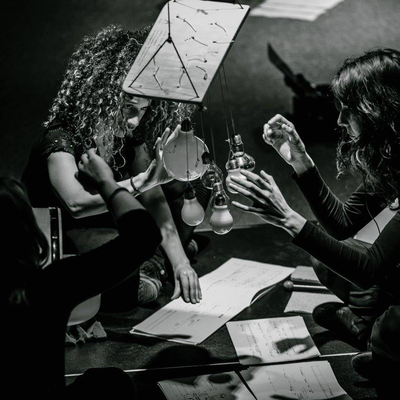 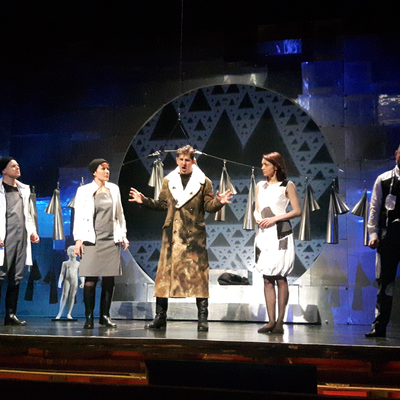 Klotho - Thread of the Tales (exerpt)