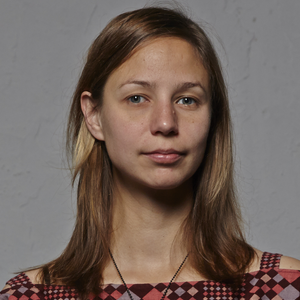 Kate Moore (b. 1979) is an Australian-Dutch musician and composer of new music. In 2001 she was awarded B.Mus Cum Laude with the University Medal from The Australian National University majoring in composition and electroacoustic music. Having obtained a masters degree from The Royal Conservatory of The Hague she has been based in the Netherlands since 2002 and in 2013 she was awarded a Ph.D. from The University of Sydney. In 2017 she was the recipient of the Matthijs Vermeulen Prize, the most prestigious Dutch prize for composers, for her work The Dam commissioned for The Canberra International Festival. Her major work Sacred Environment was premiered by The Netherlands Radio Philharmonic Orchestra and choir with soloists Alex Oomens and Lies Beijerinck, taking place at The Holland Festival Proms in The Concertgebouw followed by a commission to write the 2018 Bosch Requiem Lux Aeterna for choir and large Ensemble. In 2018 she is the Zielsverwanten artist in residence at The Muziekgebouw aan ‘t Ij in Amsterdam featuring her own group Herz Ensemble and she is composer in focus at November Music festival in ‘s-Hertogenbosch. Her works have been released on major labels including Grammy and Eddison nominated album Dances and Canons, released on ECM New Series and Cantaloupe release Stories for Ocean Shells. Active on the international scene, Moore has had works performed by acclaimed ensembles including ASKO|Schönberg, Alarm Will Sound, The Bang On A Can All-Stars and Icebreaker. Her works have been performed in venues including The Concertgebouw, Carnegie Hall and The Sydney Opera House and at major festivals including The Holland Festival, ISCM World Music Days and MATA. 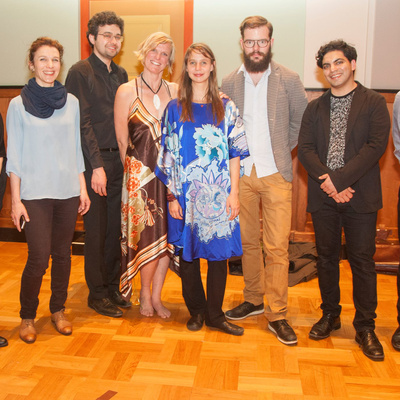 It takes Time by Amos Elkana

23
0 / 0
We use cookies to enhance your experience. Dismiss this message or find out more here