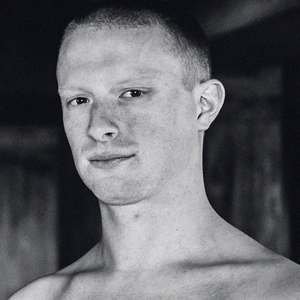 Andrew Power is a cellist based in Copenhagen. He is an avid proponent of contemporary 'living' music and regularly works with composers on new works, and collaborations on a wide range of repertoire. Andrew started playing the cello aged three and through his environment at home heard Stravinsky's Rite of Spring at the age of six closely followed by Michael Gordon's Yo Shakespeare! As an advocate for contemporary music, Andrew has worked extensively in ensemble settings directed, among others by Enno Poppe, James Weeks, Beat Furrer, Lucas Vis, Peter Rundel, Pierre-Andre Valade, Gregory Vajda. Andrew also has a strong passion for projects of un-conducted contemporary ensemble work, previously including directing Steve Martland, 'Horses of Instruction' and Pierre Boulez, 'Messagesquisse' from the cello. Cross-disciplinary work with dancers, actors, and contemporary 'fringe' opera, have included works and topics as diverse as 'The Penal Colony' Phillip Glass, the Armenian genocide, Evariste Galois, and J.F Willumsen paintings of the beaches of Denmark. He has worked on Anna Meredith’s European ‘Varmits’ tour at festivals and venues including Iceland Airwaves (ice) Glastonbury (uk), Lowlands (nl), Le Guess Who? (nl) and La Scala, London, and on broadcasts for Pitchfork and BBC Radio 6. He has worked with Sasha Siem on ‘Most of the Boys’ recorded and produced by Valgeir Sigurðsson. He took part in the Russian premiere of '8 Songs for a Mad King,' and recently performed with Nikolaj Hess at Copenhagen Jazz Festival. He has also performed with members of Exaudi and Plus-Minus Ensemble, and with Ensemble Modern and IEMA as part of IEMA Klangspuren Schwaz 2016. More recently he has been selected as the cellist of Ulysses Ensemble for both 2018 and 2019. He has participated in masterclasses and lessons with Helmut Lachenmann, Pierre Strauch, Torleif Thedeen, Alisia Weilerstein, Thomas Adés, Alexander Baillie, Julian Lloyd Webber, Heinrich Schiff, Carl Schachter, and Gary Hoffman. He trained at the Yehudi Menuhin School and in 2011 entered the Guildhall School of Music & Drama to study with Pierre Doumenge graduating with BMus(Hons) going on to study with Morten Zeuthen at The Royal Danish Academy of Music graduating with MMus.