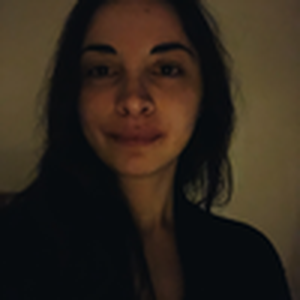 Aslıhan Keçebaşoğlu is a Turkish composer of contemporary classical music. Born in Ankara, Turkey in 1994, she received her undergraduate degree in composition in 2018 from the Faculty of Music and Performing Arts in Bilkent University, where she was granted a full scholarship. Following her undergraduate studies, Keçebaşoğlu earned her master's degree in composition from the Sibelius Academy (FIN) in 2022. Alongside her formal composition teachers Onur Türkmen and Veli-Matti Puumala, she enhanced her studies through various master-classes by studying with composers such as Mark Andre, Zeynep Gedizlioğlu, Magnus Lindberg, Isabel Mundry, Oscar Bianchi, Kaija Saariaho, Francesca Verunelli and Chaya Czernovin.
Keçebaşoğlu’s music has been featured at festivals and concert series including ManiFeste in Paris, NOW! Festival in Essen and Sesin Yolculuğu composers’ festival at the Süreyya Opera House in Kadıköy, Istanbul. Her compositions received performances by such ensembles as: Ensemble Klangforum Wien, the soloists of Ensemble Intercontemporain, Quatuor Diotimo, Hezarfen Ensemble, Helsinki Chamber Choir, Semplice Quartet, Ensemble Garage and Bilkent Symphony Orchestra. Kecebasoglu has had the pleasure of having her compositions performed by such soloists and conductors as pianist Yael Weiss, violinist Onder Baloglu, and conductors Vladimir Ponkin, Bas Wiegers and Hannu Norjanen. Through these events and many more, her music was heard both in Turkey and abroad in cities such as Ankara, Istanbul, Vienna, Cologne, Paris, Helsinki, Essen, New York, and California.
Keçebaşoğlu resides in Helsinki and currently works as a freelance composer.

Plano B by Gabriel Xavier