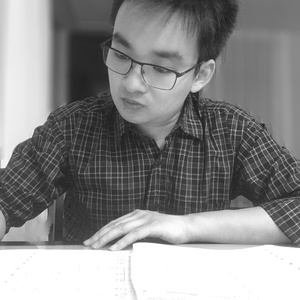 Brandon Chow began his university music education at the University of Victoria, Canada, in 2012. His compositions won awards at the Greater Victoria Performing Arts Festival and the Langley Pulse Music Festival. His music has been performed by members of the Civic Orchestra of Victoria, Victoria Symphony, Turning Point Ensemble, Land’s End Chamber Ensemble, and the University of Victoria Sonic Lab contemporary music ensemble. He studied percussion with Willliam Linwood, conducting with Ajtony Csaba, electronic music with Dr. Andrew Schloss, and composition with Drs. Rodney Sharman and Dániel Péter Biró. He participated in the 2015 SALT festival, where his music was read by Ensemble Tsilumos and he was mentored by Samir Odeh-Tamimi. In 2016, his orchestral work, Tilikum, was premiered by the Greater Victoria Youth Orchestra in commemoration of their 30th Anniversary. In 2017 he participated in the CCRMA workshops in computer music and followed masterclasses led by Philippe Leroux, Marc Andre and Alex Mincek at Royaumont Académie Voix Nouvelles. His recent electroacoustic piece, Regnvejr I Skoven was premièred at the University of Victoria in April, 2018. This piece was awarded a SOCAN Pierre Mercure Prize. Current projects include Grey Waters, an electroacoustic piece based on shortwave radio broadcasts, as well as Werthers Gesang, a work for SATB solo that was workshopped by Klangforum Heidelberg in May, 2018.