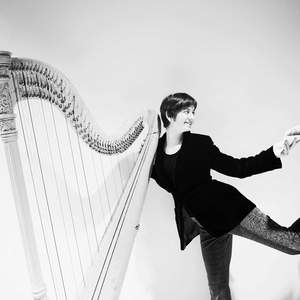 Helena Ricci is an award-winning Swiss harpist who graduated with honours from the Guildhall School of Music & Drama as a recipient of the Barbara Stringer Award.

Recent solo appearances include venues such as the Wigmore Hall, Barbican Hall, Milton Court, LSO St-Luke’s, Centro Botin with the prestigious Encuentro de Santander Academy. She toured with the Philharmonie der Animato Orchestra throughout Europe with a final concert at the Vienna Konzerthaus. This Summer Helena took part in the prestigious Britten-Pears “Composition and Performance Course”, was selected for the Orchestre de la Francophonie in Canada, the European Union Youth Wind Orchestra in Luxembourg and also as a reserve for the Schleswig-Holstein Festival Academy in Germany.

Helena has already played for numerous festivals, among which the LIFT Festival, the Curious Festival, Culture Mile, Fetes de la Musique in Switzerland and she has recently been invited to take part in the Aldeburgh Festival in 2020.

Willing to promote the harp to a wider audience she is the artistic director of “The Harp Imaginarium”, an innovative project which blends solo classical music and video projections.

A Dive into the Tide by Paola de Perthuis