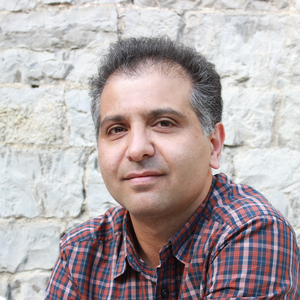 Shahriar Sharifpour born in 1974 in Iran. He has been playing Santour since 1989 and received his musical training at the University of Art in Tehran. He was formed by the great Iranian musicians. After graduating from university, he began a teaching career in various musical institutes in Iran. In 2002, he was awarded first prize in classical music and second prize in Iranian orchestral music in the 2nd edition of the composition competition "University Music of Iran". He enters the Royal Conservatory of Brussels in 2012 in the class of Daniel Capelletti, where he obtained a specialised master's degree in composition with distinction. His passion for contemporary music in order to promote intercultural musical dialogue through creative and innovative means, leads him to collaborate with several musicians from different cultures in various projects such as "Flying Carpet" in 2016. In 2020, he was awarded 2nd prize in the international composition competition "ARTISTS IN HERB" in Luxembourg, and 2nd price in the International Composition Competition "Prof. Marin Goleminov" in Bulgaria.