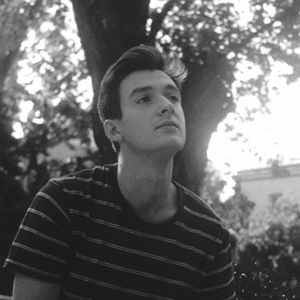 Bartłomiej Sutt was born on 14th of October 1998 in Gdańsk, Poland. His musical journey started at the age of 7 and from then on music is a very crucial part of his life.
In 2020 Bartłomiej fished his bachelor studies at The Royal Danish Academy of Music. Currently he is on the last year of master degree at Fryderyk Chopin Music University. Despite his young age, He already has several achievements on his account. In the year 2016 Bartlomiej got awarded by one of the most prestigious Polish scholarships - Scholarship of The Ministry of Culture and National Heritage „Młoda Polska” (Stypendium Ministerstwa Kultury I Dziedzictwa Narodowego „Młoda Polska”) for most talented Polish young artists, from year 2017 to 2020 Bartłomiej was receiving Scholarship of the Major of Gdansk named by G.D Fahrenheit for Studying and Living Abroad (Stpendium Kulturalne Prezydenta Miasta Gdańsk imienia Gabriela Daniela Fahrenheita) which is Gdansk (hometown of Bartłomiej) most prestigious scholarship for Gdańsk students studying abroad. In years 2015 and 2017 he also received Artistic Scholarship „Młody Gdańszczanin” for young artists from Gdansk. His biggest competition achievements are:
Grand prix on Odessa International Percussion Competition (September 2019)
I place on International Vibraphone Competition in Opole (October 2017)
I place on International Vibraphone Competition in Montesilvano Italy PAS (September 2015)
II place on International Music Competition OPUS 2021 (May 2021)
II place on International Timpani Competition in Montesilvano Italy PAS (September 2015)
III place on Polish Chamber Music Competition - Turniej Mistrzów in Bydgoszcz Academy of Music (March 2016)
III place on Polish Modern Music Competition in Płock (March 2015 and 2016)

Bartłomiej mainly performs modern and contemporary pieces and cooperates with composers but his mission as an artist is to create projects end bring the incredible new music to the audience everywhere.