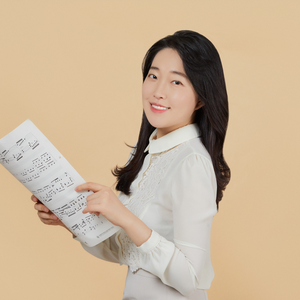 Composer Jiyeon Hahn was born in 1991 in South Korea. She began learning the piano at the age of five, and playing the piano led her to composing. When she was a teenager, she began receiving formal composition training at the Gifted Learning Center supervised by the Seoul Metropolitan Office of Education. After graduating from the Department of Composition at Sunhwa Arts High School in Seoul, Korea, she obtained her Bachelor's and Master's degrees from Sookmyung Women's University under the guidance of Professors Shin-Woong Kim, PyoungRyang Ko and Jin-Soo Kim. After this she moved to Germany and at the Musikhochschule in Lübeck under the guidance of Dieter Mack she obtained her master's degree in composition. Based on her experience as an electronic music labor assistant while she was an undergraduate in Seoul, Korea, she began composing electronic music. Starting with Tonbandkomposition, she began composing a combination of light and electronic music and Live-Elektronik. She made her debut at Darmstadt Ferienkurse in 2021 with the cello solo piece Achse I. In the same year, she founded the ensemble group Glanz. She currently works as a freelance pianist and composer based in Germany and Korea.