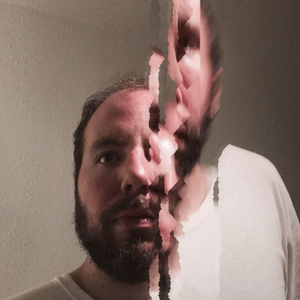 Jacques Zafra was born in Mexico City on December 8, 1986 and is currently a PhD student at the University of California San Diego (UCSD) where he studies with Roger Reynolds. Previously he did the "Meisterklasse" (post-master's) in composition with Claus-Steffen Mahnkopf at the “Hochschule für Musik und Theater” in Leipzig, Germany, where he also did his Master's. Additionally, he had private lessons with Johannes Kreidler.

Before studying in Germany he studied in Mexico composition and music theory at the CIEM (Center for Research and Studies of Music) with Victor Rasgado and Enrico Chapela.

In 2012 he was awarded with the Music Diploma in guitar performance from the Royal School of Music, London.

He is founding member of the ensemble Tempus Konnex and founder of the YouTube channel "Mexican Scores" where he publishes video-scores of contemporary Mexican composers.

​His music has been performed in Mexico, the Netherlands, Italy, Spain, the US, the Czech Republic, Switzerland, Portugal and Germany in festivals such as Darmstadt, Gaudeamus, the Wittener Tage für Neue Kammermusik, Tonlagen and the FIMNME (Mexico) and has been broadcast in Mexico, Germany, Hungary, Switzerland and Croatia.

​In 2016 his piece for alto recorder won the second place in the "New Recorder Music 2016 Composition Competition, from the Flauto Dolce the Association in Lausanne, Switzerland. In 2012 his piece "Xochitepec desde mi cuarto" was chosen to represent Mexico at the International Rostrum of Composers of UNESCO in Sweden.

​He was awarded with the Deutschlandstipendium (2015-2016) and has been also the recipient of two of the most important Mexican scholarships for musicians: Estudios en el extranjero 2013-15 and Jóvenes Creadores 2016-2017 (FONCA).

​In 2019 he was one of the selected composers by the Ulysses Network for the ULYSSES Journeys 2019.