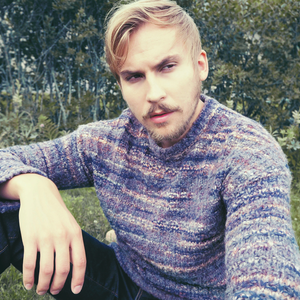 Sebastian Hilli (b.1990, Helsinki) is a Finnish composer, who despite his young age has already garnered international acclaim and recognition. His first orchestral work Reachings won the 1st prize in the Toru Takemitsu Composition Award in 2015 as well as the ’Composers under 30 category’ at the 64th International Rostrum of Composers in 2017 and received worldwide broadcasting. Hilli recently won the Gaudeamus Award 2018 in Utrecht, Netherlands. The jury said about Hilli: “Sebastian Hilli has a very personal aesthetic that is underlying all of his music, and he possesses the technical knowledge and imagination to realize what he is driven to create. His music combines bold structures with a huge variety of subtle sonic detail.”

Hilli’s works have in common the composer’s fascination with structure, dynamism and carefully crafted details. Throughout, his music is characterized by complex woven textures and nuanced sonorities, long-span processes and a flair for extra-musical topics. Fascinated by the intensity of music as the focal point of his musical thinking, his works always emerge from the question of how to achieve this in various ways. Hilli accomplishes this in both extremes – in energetic textures moving in fast pace and in quiet and concentrated moments. The wide range of characters in his works demonstrate the composer’s emotional and expressional versatility and speaks of his curiosity of always seeking for new ways of expression.

Hilli’s recent highlights include the premiere of his most recent orchestral commission Snap Music performed by the Finnish Radio Symphony Orchestra and conducted by Hannu Lintu in December 2018, the premiere of his solo piano piece Rack and Pinion at the Lucerne Piano Festival 2018 by Nicolas Hodges, a profile concert at the Time of Music 2017 Festival in Viitasaari, a performance by the Finnish Radio Symphony Orchestra at the opening concert of Musica nova Helsinki Festival 2017, and most notably a 45-minute commission for Helsinki Philharmonic Orchestra and a 250-member choir, Affekt (2017), where ”both the treatment of the orchestra and the synthesis of styles appeared to be astonishingly original. Hilli clearly has something big and exciting going on: a movement towards, as it seems, unexplored domains that tickle curiosity vigorously”, described Hufvudstadsbladet, the Finnish-Swedish newspaper after the premiere.

Hilli received his Master’s degree in Composition from Sibelius Academy in 2016 where he studied with Veli-Matti Puumala and Lauri Kilpiö. He also studied a year in Vienna with Michael Jarrell, and has participated master classes with e.g. Jukka Tiensuu, Jouni Kaipainen, Hans Abrahamsen, Simon Steen-Andersen, Philippe Manoury, Martijn Padding and Mark Andre.

Currently Hilli works as a freelancer with a 3-year grant from the Finnish Cultural Foundation.

Urban Suite I for 3 Percussionists (2020) by Sunghyun LEE