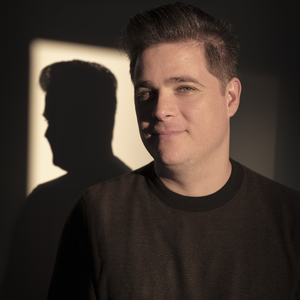 (Bilbao, 1984) Beginnings as self-taught, introduces himself in music through the piano and electric guitar, developing an approach to the musical creation based on the experimental and the empirical. There is in his work an implicit aesthetical and ontological research in relation to the conception of sound, musical material and temporality, which has as main consequence an insistent questioning of the ideas with which he works. As a result of his interest to learn the several compositional processes he decides to change his formation and starts to study at the conservatory, where he also is formed as pianist and saxophonist. After this period, he entirely dedicates to composition, fact that leaded him to Barcelona where he studied with Luis Naón and Agustí Charles at the Escola Superior de Música de Catalunya, and later to Graz, Austria, where he finished with distinctions and under the guidance of Beat Furrer the Master Program in Composition at the University of Music and performing Arts of Graz. Parallel to the academic training, he considers equally relevant the meetings he had with the composers Georges Aperghis and Pierluigi Billone (as well as with certain members of Klangforum Wien) in the workshops and courses he participated and which have had a significant impact in his training. He has worked his music with musicians like the Arditti String Quartet, Bilbao Symphony Orchestra (BOS), Le Nouvel Ensemble Moderne, Schola Heidelberg Cantorum, CrossingLines Ensemble, Schallfeld Ensemble, Joshua Hyde, BCN 216 Ensemble, being performed his works in the festivals “Vienna International Saxfest 2015”, “Impuls 2015”, “V Ciclo de Conciertos de Música Contemporánea - Fundación BBVA 2014”, “Circuíto Vasco de música Contemporánea 2014”, “Musikprotokoll 2013”, “Festival Mixtur 2013”, “Quincena musical de San Sebastián 2013”, “46. Internationale Ferienkurse für Neue Musik Darmstadt 2012”. Awarded with scholarships of the Spanish and Basque Governments, Diputation of Biscay, Scholarship of the Academy Le Domaine Forget 2013 (Canada), “Injuve Prize 2013 of the Spanish Ministry of Culture”, “Premi Joan Guinjoan 2014”, “Protonwerk nr.5” selected by the Ensemble Proton Bern. Among others, he currently composes by commission of the “Ensemble Proton Bern” and the Foundation “Pro Helvetia” a piece for ensemble, which is going to be premiered in Bern in 2016 and two new pieces for the Ensemble Intercontemporain and the Orchestra Philharmonique de Radio France to be premiered in June 2016 in the framework of the Festival ManiFeste 2016.

as we were here now - tunnels, mountains, open fields by Omri ABRAM