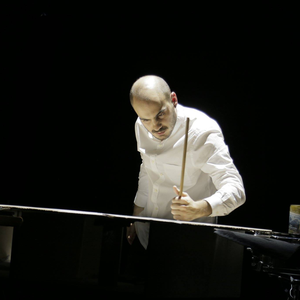 Fanis Gioles is a sound artist, composer, performer and percussionist born in Athens, Greece.
He studied physics and experimental percussion, worlds that ended up combined after a long journey through mathematical logic, relativity, quantum physics, baroque aesthetics, complexity, musique concrète and electronic music.
He has been highly active in the fields of improvisation, music theater, sound based installations and performance, he is one of the founders and artistic directors of the multidisciplinary network ‘Volans’, the multimedia group ‘moot.point’ and his works has been presented in many places in and outside Europe.
His way of practice varies from self-made instruments to multichannel soundscapes and noise improvisation. He has been highly influenced by C. Monske (discipline), K. Theodorakos(aesthetics), M. Stahnke(ethics) and T. Adachi(limits).
As a percussion player Fanis has been performing regularly in many Festivals as soloist and chamber musician, like Lux Aeterna, Reeperbahn Festival, Darmstadt Festival for New Music, Klangspuren Schwaz, San Marino International Festival, Athens and Epidaurus Festival. He has recorded with NDR, Greek Radio Symphony Orchestra, Hamburger Symphoniker, HfMT Hamburg Orchestra and collaborated with Ensemble Modern, Ensemble United Berlin, IEMA, KNM Berlin, Hamburgisches Stadtsoper, Hamburger Camerata among others.
He holds a Masters and Konzertexamen Degree of the HfMT Hamburg (C. Monske) and a Diplom of the Acropolis Conservatory (K. Vorissis, K. Theodorakos). He has been awarded with DAAD Prize (2017), Yamaha (2013) and PAS Greece 3rd Prize (2012).
He recorded the CD ‘Iannis Xenakis Percussion Works’ and his recordings have been broadcast on TV and radio station in Germany and Greece. In October 2017 he directed and performed in the concert ‘Zig Bang’ of the Ensemble Volans inspired by the poems of George Aperghis.
Since 2018 he has been interested in sound art and electronic composition and he has composed music for various theatrical and dance performances alongside his solo concerts. He was artist in residence in PLOVDIV European Capital of Culture 2019. 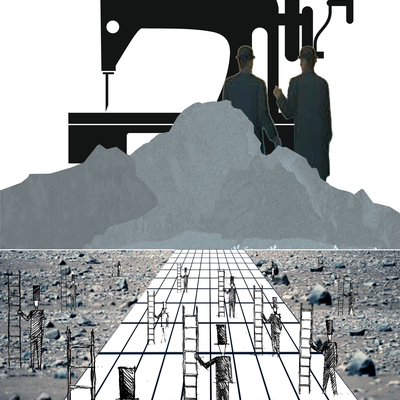 "Dream Sequence of an Ancient Forest" by Madli Marje Gildemann