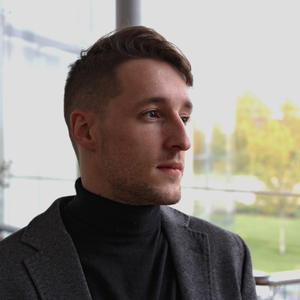 Born in 1992, Nuño Fernández Ezquerra holds a bachelor’s degree in composition from the ESMUC in Barcelona, where he studied with Agustí Charles and Mauricio Sotelo, and a master’s degree from the Sibelius Academy of Helsinki where he studied under the guidance of Lauri Kilpiö. In addition, he has received scholarships from the Caja de Burgos Foundation and the Martin Wegelius Foundation in recognition to his academic and professional merits.

In 2017, he was the winner of the National Composition Contest of the OSCYL (Symphonic Orchestra of Castile and León) and the International Call for Scores & Commission 2017 organized by the ensemble Suono Giallo and ilSUONO Contemporary Music Week. Back in 2014, he was awarded the 3rd prize in the contest “Jóvenes Compositores 2014” of the SGAE/CNDM Foundation.