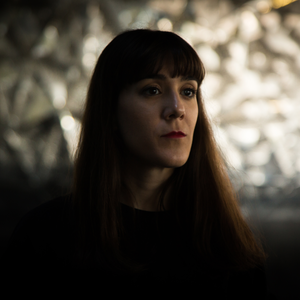 I have worked mainly with Dolors Aldea (disciple of Gérard Souzay) and Francisco Poyato, as well as with Wolfram Rieger, Dalton Baldwin, Ulrich Eisenlohr, Burkhard Kehring, Cindee Sanner, Elena Copons, Enric Martínez-Castignani, Joan Martín-Royo and Jordi Domènech. I have performed around Barcelona and Spain highlighting the Lied festival LIFE Victoria in which I collaborated with Ian Burnside and Roderick Williams on “Die schöne Magelone".

Premiering new works by living composers working side by side is probably one of the opportunities that most fill me. I have premiered "Un mal dolent" by Juan Jurado, which was dedicated to me, for voice and piano and later with orchestra, and "9 insectos ingrávidos", for voice, piano and electronics, especially composed for my personal project "beta_morphosis". l have also worked with other composers like Osías Wilenski, among others. Although I have specialized in George Crumb and Kaija Saariaho, I am pursuing a continuous enrichment through all kinds of languages.

I have been awarded by Fundació Victoria de los Ángeles and also by Wolfram Rieger at the Curs Internacional de Lied de Joventuts Musicals de Catalunya.