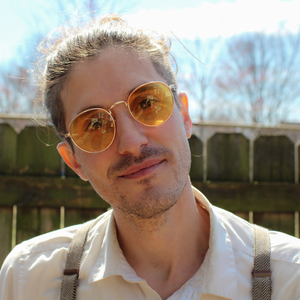 Elliott Grabill is a composer and math teacher based out of Baltimore.  His etherial, colorful electronic music has been described as "hauntingly beautiful."

Elliott has dedicated his life to teaching math, and now teaches in Baltimore, Maryland.  Two songs he wrote about mass incarceration made him runner up to the Arcady Emerging Composer Competition for "raising awareness of issues that the rest of society blindly accepts."  Living with a seizure disorder gives him further reason to make his music a search for personal authenticity.

Elliott has written numerous electroacoustic solo works, including for flute, bassoon, clarinet, and saxophone. He's also written two electroacoustic ensemble works: a reed quintet, and a work for flute, cello, guitar, and laptop.  He works is mainly with AudioMulch and Ableton.  He took courses in electronic music at SPLICE, Stanford’s CCRMA, the University of Virginia, and the Peabody Conservatory. His electroacoustic music has been performed at Electroacoustic Barndance, Reverb, SEAMUS, Technosonics, the Peabody Tuesday Noon Concert Series, Dance Place in DC, and many others.

His work has been performed by Pique Collective, Dark in the Song, the Washington Men’s Camerata, L’Abri Trio, the Meridian Arts Ensemble, and numerous solo artists, including Lynn Hileman, Melissa Lander, Peter Sheppard-Skaerved, Shawn Earle, Andrea Cheeseman, Hila Zamir, and Tae Ho Hwang. Prizes include the Dark in the Song Prize, 3rd place in the Peabody Prix d’Ete, and an honorable mention in the Arcady Emerging Composer Competition. His film and dance collaborations have been featured at the Rosebud Film Festival, the Windup Space, the Athens Film Festival, Temple University, American University, and Dance Place. 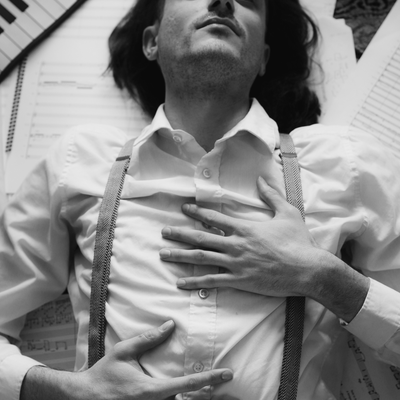 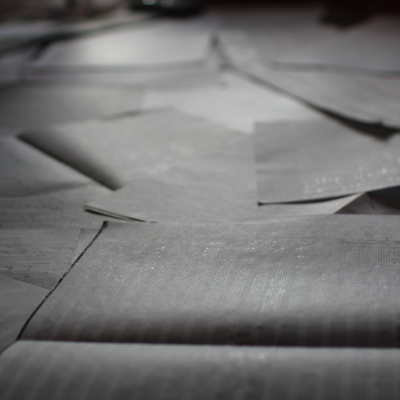 I want to eat his children by Valentin SCHAFF