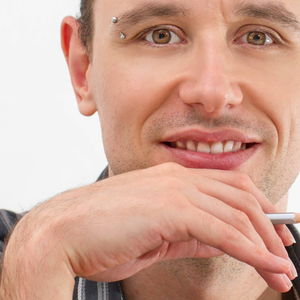 Composer and guitarist based in Rome, Italy. He’s graduated in Composition and in Jazz Music at the Frosinone Music Conservatory. He attended various composition master classes with Antonio D'Antò, Mauro Montalbetti and Luca Lombardi. He also studied with American Jazz pianist Barry Harris. He earned a master in Film Scoring at the Forum Academy in the prestigious Forum Music Village Recording Studios founded in '69 by italian award-winning composers Ennio Morricone.

In 2014 he won "The Respighi Prize International Composers Competition" with the work Three Variations on a Gregorian Theme for string orchestra performed on December 2015 at Carnegie Hall in New York City by Chamber Orchestra of NY conducted by Salvatore Di Vittorio.
In the same year his music drama for two voices and orchestra Odisseo e Calipso was awarded with Honorable Mention at the “Boston Metro Opera Composers Competition”.

He was also selected as a finalist at the "Boston Guitar Fest Composition Competition 2016" with the piece for solo guitar Riflessi del Cielo in una Pozzanghera and at the contest "In Clausura 2014" with the piece for cello ensemble Tempus Fugit performed for the occasion by Giovanni Sollima and the100cellos at Teatro dell’Arte Triennale in Milan.

On July 13, 2018 his melologue Il Tao dell'Acqua (freely inspired on a text by Zhuang Zi) for viola and harp has been premiered with Barbara Roganti (narration and dramaturgy) and Chiara Taviani (coreography and dance) at the event "Musica d'Acqua" in Parco S. Vito, Sirmione, Italy.

On March 2, 2016 his work Echi tra Spazio e Tempo for two voices and piano, commissioned by the Italian artist Michele Cossyro, has premiered at the Chamber of Deputies in Rome for the inaugural event of the Cossyro’s exhibition "Black Holes".

In 2014 he took part in the composition of the stage music for the theatrical drama The Slaughter of Job by Fausto Paravidino with Filippo Dini and Monica Samassa, premiered at the Bozar Théâtre in Brussels.

His works are published by M.A.P. Editions