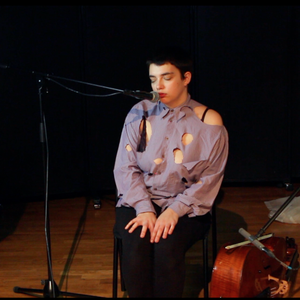 Carmen Kleykens is a cellist and composer from Valencia born in 1998.  She moves between  visual art, electroacoustic composition, poetry, performance and improvisation.

Her creativity and professionalism lead her to become an experimental and contemporary artist. For that reason she is currently student of the master CoPeCo (Composition and Performance of Contemporary music).
This master is carried out between four European institutions:
​
Eesti Muusika- ja Teatriakadeemia, EMTA (Estonia)
Kungliga Musikhögskolan i Stockholm, KMH (Sweden)
Conservatoire National Superieur Musique et Danse de Lyon, CNSMDL (France) - his home institution.
Hochschule für Musik und Theater Hamburg, HfMT (Germany) .
​
In this program, she is having composition and performance classes with artists as Helena Tulve, Mattias Petersson, Mattias Sköld, Taavi Kerikmäe, Michele Tadini, Jean Geoffroy, Fredrik Schwenk, Georg Hajdu, Jean-Marc Foltz, and Alexander Schubert between others. Now she is located in Stockholm receiving classes from Johannes Rostamo (cello), Hara Alonso (electronics), Marie Samuelsson (composition) and George Kentros ( contemporary performance).
​
She is also in a current collaboration with the cellist, composer and improviser Sergio Castrillón who is helping her in the development of her artistic career. For that reason she carried the Sergio's prepared cello and she will record on 2021 some records and compositions with it, such as the premiere of Yo soy la Selva for prepared cello.
​
She also carries out co-composition projects with young artists such as Nisaba Dúo with Hannah Wirnsperger and Natural plastic project with Adrià Torres.

She had participated in the Sound Plasma Festival with the premiere in Estonia of "In Vain" by Frederich Haas with the New Music Ensemble and she had premiered works by Andrea Sordano, Francis St-Germain, Itziar Viloria, Maria Rosa Pons, Raquel García Tomás and Joan Magrané. In the future she will premiere works by Xue Ju, Soﬁe Meyer, Sergio Castrillón, Elena Perales and Eladio Barreto among others.

Her collaborative piece with some mates of her master, "65M", has been premiered in the Festival "Tartu Interdistsiplinaar".
She had also several projects as the active participation in the project “Fifty for the Future” of Kronos Quartet, playing with them in the festival “Grec” of Barcelona or the participation in festivals like the “Sampler” (Auditori de Barcelona) and “El Petit Palau” (Palau de la Música de Barcelona) in several ensembles.

Recently, has visited the Master of Improvisation of Esmuc (Barcelona) giving a masterclass about improvisation and studies of simultniety technics as a multidiciplinar creator. 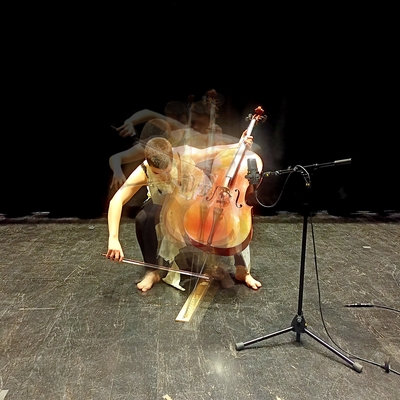