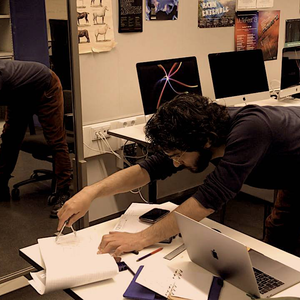 ‘…So with everything breaking apart including Post-Modernism, where would Pierre (Boulez) be if he were alive today witnessing the unavoidable mimetic nostalgias of the present; Including the amazing phenomenon of everything turning into kitsch ... “ bits of old lace” in a quote from the Painter Francis Bacon.
Maybe one answer is in ... Vahid Hosseini('s) “Sguardi su Shur” that reminds me of Ligeti’s approach. Both are in a way, outsiders to this dilemma. Both are able to see with a little more clarity and propose new solutions on how to survive a ground zero.
Hosseini is in the enviable position to have a native Iranian music to draw on, and he is not afraid to draw on it. A music of his past within a technique of the present. Let us leave it to the young!''
-- Pietro Di Rocco, "Dialogues with Boulez; Afterword: FIVE YEARS LATER- 2016-202''


I was Born in Tehran, 1984. My musical formation was through Persian classical music (Radif) with the instrument setar with prominent masters like Massoud Shaari and Hossein Alizadeh. At the age of 23 I started playing the piano, got fundamental western musical formation through private teachers, and in 2017 I moved to Italy to study composition.

I have been particularly influenced by the Italian approach to contemporary music as a continuation of the western tradition in arts. In the same manner, I have tried to stay anchored to my own roots while exploring the infinite worlds of artistic experiences. These experiences have resulted in some compositions performed by notable musicians such as Nicola Baroni, Paolo Ravaglia, Francesco Dillon, Zagros Ensemble, Mikko Raasaka, Livia Schweitzer, Anna Grunhartd, Katharina Hoffmann and InterOrchestra conducted by Nader Mashayekhi.
I have studied with Salvatore Sciarrino, Paolo Aralla, Tristan Murail (masterclass) and Veli-Matti Puumala. I have taken courses of Composition in Sibelius Academy, Helsinki, Chigiana Academy, Siena, and Bologna conservatory. I was awarded Premio Magone in 2020 for the piece ‘L’isola Ioniana’ for ensemble, and Premio Alberghini in 2019 as the first prize for ‘Sguardi su Shur’ for cello solo. At the moment I am studying composition with Gabriele Manca at conservatorio Verdi, Milan.

My primary concern is the essence of sound - as a mechanical force, as an expression of energy- and the particularities of human perception of it, so as to create a means of perception towards “existence” both in its objective and subjective sense. I attempt to create a personal sound world based on the traditions I was born and raised in, and the traditions I have encountered and fell in love with.

Along with composing, I have been giving lectures about microtonality and other aspects of Persian music, the last one of which was in Levi foundation, Venice. 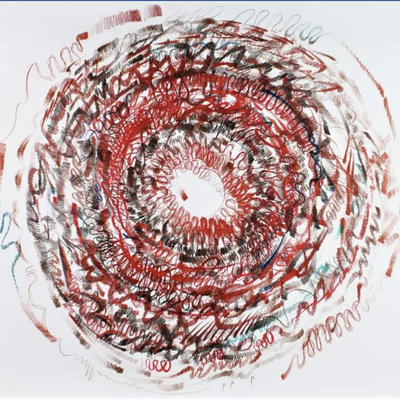