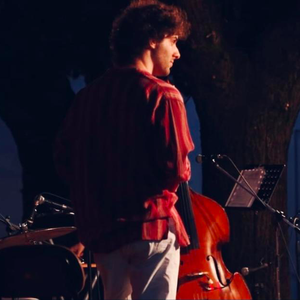 Born in Bergamo (Italy) in 1997, he started his musical studies at the age of 6. He graduated in violin at Conservatorio “G. Donizetti” in 2016, and continued his master studies at Conservatorio “G. Verdi” in Milan until 2019.
He has played in some of the major Italian youth orchestras, such as Orchestra Giovanile Italiana (OGI), based in Florence, and Orchestra del Teatro Olimpico (OTO) in Vicenza, and with professional orchestras such as Orchestra Giovanile L. Cherubini and Orchestra del Festival Pianistico Internazionale di Brescia e Bergamo, working with artists of international fame (like conductors Riccardo Muti, Daniele Gatti, Alexander Lonquich, Xian Zhang and others) and giving concerts during important Italian Festivals (MiTo, Festival dei Due Mondi, Auditorium Parco della Musica of Rome).
He has composed music since many years, working especially as a film composer in collaboration with Centro Sperimentale di Cinematografia in Rome. He is currently studying Composition at Conservatorio “G. Verdi” in Milan with M° Gabriele Manca, while continuing his work as violin player in various formations.