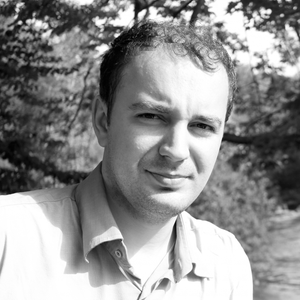 Jakub Polaczyk is a Polish composer and pianist based in New York City. Winner of the 2020 American Prize in Composition and Iron Composer Award in 2013.Since 2015 he has been teaching at the New York Conservatory of Music and since 2018 has been a  Director of the Chopin and Friends Festival in NYC and directing the New Vision International Composition Competition. As a composer and orchestrator associated with the International Music Organization of New York and Polish Theater Institute in the USA, additionally a Music Director of the Shrine of Divine Mercy in Newark, NJ. Jakub obtained his Artist Diploma in Composition at Carnegie Mellon University (2013) as a full scholarship recipient studying under Dr. Reza Vali. He obtained his Master in Music from the Academy of Music in Cracow, Poland (2010), and In 2009 he graduated with M.A. and B.A in Musicology from the Jagiellonian University of Cracow. His teachers in Poland were: Irena Rolanowska (piano), Marcel Chyrzynski (composition), Krzysztof Penderecki (orchestration), Marek Choloniewski (electronic music), Malgorzata Stankiewicz (musicology). Jakub is currently teaching at the New York Conservatory of Music. Jakub got invited to participate in many International composition masterclasses including: KLK in Lviv(2020/2021), SPCCF in Sao-Paolo(2019), Space City Festival in Houston(2018), June in Buffalo(2017), International Trombone Festival in Redlands (2017), The Oregon Bach Festival in Eugene (2014), Synthesis in Poland (2013), Savellyspaja in Finalnd (2013), SoundSCAPE Festival in Italy (2011), The Etchings Festival in France (2010), and Ostrava Music Days in Czech Republic (2009). His compositions were performed and premiered at : NYC Electroacustic Music Festival (2018), Ball State New Music Festival (2018), Monteverdi and Contemporaries in Milano (2018), Yuri Bashmet’s Festival in Sochi in Russia (2017), COLA Mise-En in Brooklyn (2017), June in Buffalo (2017), Chopin and Friends in NYC (2015, 2016, 2017), NYCM - Students and Masters at the Carnegie Hall in New York (2016), Blue Waters Orchestra in Cleveland (2014), San Francisco New Music Annual Festival (2013), ISCM in Sydney (2010), Tre Colori in Budapest (2010), Warsaw Autumn (2009) and at the numerous Music Conferences in the United States (2013-2018). As a pianist he collaborated with many artists and played with Carnegie Contemporary Ensemble, S.E.M., Mis-En, Centre Stage at Ballet Arts in Pelham, Martha Graham Dance Company and Cracow National Opera. He gave lectures and presentations at the Whaton College Chicago (2020), Kosciuszko Foundation in NY (2018), Sichuan Conservatory of Music (2015), Music Academy of Krakow (2014), Carnegie Mellon University (2013, 2018). Jakub has won numerous awards in composition and songwriting. The most recent accolades being: American Prize in Composition 2018 (two honorable distinctions in professional choral and professional chamber instrumental composition category, also finalist in student chamber instrumental category in 2014), distinction on the International Composition Competition in memory of A. Schnitkee in Sochi (Russia, 2018), MACRO Composition Competition -distinction in Madison (2017), the 3rd Place at the SongDoor Songwriting Competition in Nashville (2015), winner of the Polish Composers Society Baird Award in 2013, in 2010 winner of the Orion Orchestral Competition in London. He received a music scholarships from the Major of the City of Krakow, Sapere Auso Foundation, Miinister of Culture of Poland. Jakub’s works are published by Donemus, PWM, Feniks, and Euterpe in Poland, and online by Babel Scores and Aromics. His music is released by Ablaze Records in the USA. Jakub is a Steinway & Sons Artist partner, and a member of ASCAP, CMS, SCI, ZAIKS in Poland and the Polish Composers Union.