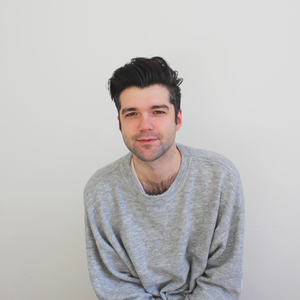 Nicholas Morrish (1989) is a composer working with acoustic ensembles and electronics in increasingly multimedia situations.

His most recent pieces explore the grain, spectrality and atmospherics of media and sound surfaces that render time as an audible materiality. He is interested in noisy breakages in signal and the interiors of tone, alongside the bodies that transmit them.

Nick is the holder of the Mendelssohn Scholarship (2018-20), a Gaudeamus Award 2019 nominee, and a Styria-Artist-in-Residence Scholarship in 2019. He has been awarded prizes and residencies by LSO Soundhub, NCI (LA Phil), The RSNO Composer's Hub, The Royal Philharmonic Society Composition Prize, Sound and Music's New Voices, New Dots and Inspired by Digital.

Nick spent 2018-19 as a fellow at Harvard University Music Department (with Chaya Czernowin), is completing a doctorate at the Royal College of Music (supervised by Jonathan Cole) and previously studied at Oxford University and Trinity Laban. He was a member of the Professorial Staff at Trinity Laban in 2017-18, and was a graduate teaching assistant at the RCM from 2016-18.