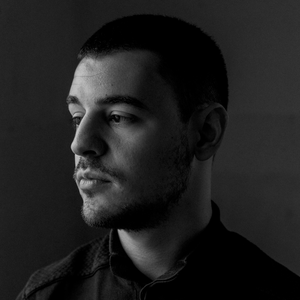 Carlos Lopes is a Portuguese composer and pianist from Guimarães, particularly interested in collaborative projects with ensembles of instrumental or vocal music, as well as electroacoustics, improvisation and exploration of new performance formats.

Young Composer-In-Residence at Casa da Música in Porto during 2021, his commissioned works were premiered by Porto Symphonic Orchestra and the Remix Ensemble. He is currently completing a master’s degree in Instrumental Composition with Prof. Miroslav Srnka at the Hochschule für Musik und Tanz in Cologne.

His previous studies at Escola Superior de Música e Artes do Espectáculo do Porto, from 2013 to 2020, include a bachelor’s degree in Piano and another in Composition, oriented by Pedro Santos, Dimitrios Andrikopoulos and Carlos Azevedo.

In July 2018 he was awarded the 2nd prize at the 11th edition of “Póvoa de Varzim’s International Composition Competition”. In July 2019, his piece 5 Variações do Desassossego [5 Variations of Disquiet] was premiered by the Gulbenkian Orchestra and baritone Tiago Matos, as part of the “ENOA – Composing for Voices” workshop mentored by Luís Tinoco. He also participated in masterclasses, lectures and workshops with Harrison Birtwistle, Phillipe Manoury, João Pedro Oliveira, Ensemble Mosaik and Luís Antunes Pena