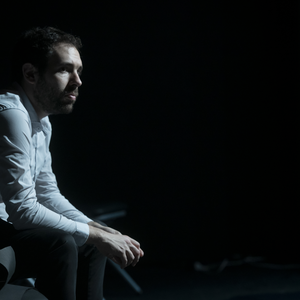 Fernando Strasnoy was born in Buenos Aires, Argentina, in 1990.
He is a graduate of the Universidad Nacional de las Artes and of the Conservatorio Superior de Música Manuel de Falla (Professor of Music Manuel de Falla).
He is currently living in France, where he is studying composition with Daniel D'Adamo at the Haute école des arts du Rhin (Academie Supérieure de Musique). He has studied composition with Santiago Santero and Marcelo Delgado and improvisation with Marcelo Moguilevsky.
He has participated in several workshops given by Bryan Fernyhough, Steve Reich, Salvatore Sciarrino, Terry Riley and Heiner Goebbels, among others.
He won the 2018 National Endowment for the Arts Creation Grants for his proposal for a lyrical drama Una Red de Mirada, el hombre y su dolerme (on texts by Hugo Mujica). At the same time, he was awarded at the Festival-Biennial FAUNA 2019 for his Concerto
Monographic. He has composed and performed the music for the short film Together and alive by the filmmaker Iara Schteimberg
filmmaker Iara Schteimberg (awarded at the International Film Festival for Students in Tel Aviv, Israel 2017).
He was selected composer-in-residence at the Centro de Experimentación del Teatro Colón, at Nanóperas, at the Teatro Nacional Cervantes and at the CCK (Workshop and Concert with Terry & Gyan Riley).
He has participated as an arranger and performer in various groups of popular and academic music, performing on various stages in Argentina, as well as in Spain, France, Belgium, Italy, Peru and Paraguay.
Influenced by literature and the visual arts, his music frequently delves into intertextual procedures, as well as in contrapuntal techniques and in research and reflection on timbre.
Endorsing the idea of the "Imaginary Museum" (the materials provided by the whole history of music), considering that every gesture has a precedent, a possible evocation, a genealogy, a network of temporalities, gazes and thoughts; his compositions go through diverse sound morphologies from which to continue investigating.
He is currently working on a work for the ensemble Accroche Note, a work for the Orchestre du Conservatoire de Strasbourg, a work for the ensemble 4Roots Clarinets, a work for vibraphone and electronics for the percussionist Sami Bounechada and on the composition of The Waves (a multidisciplinary work), together with multidisciplinary artist Maria Emilia Franchignoni and the composer Evelyn Frosini. 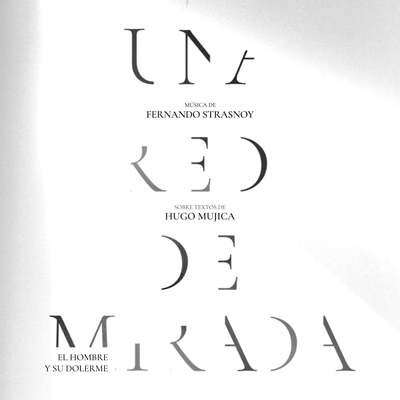