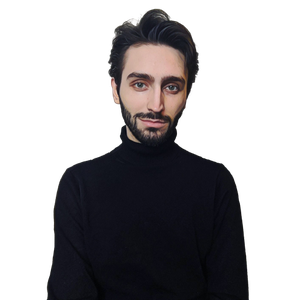 "he brought his talents to the keyboard in his own...inspired high-energy blend" - The Philadelphia Inquirer

John Franek (b.1996) is a pianist and composer whose compositions “evoke an epic narrative.” (Sonograma Magazine)

Maintaining a full-time schedule of composing, he is currently looking forward to premieres this coming season with the Sofia Philharmonic Orchestra, Quartet Contemporaine and the Estrella Consort, among others.  Throughout the 2020 - 2021 season John has had further premieres with a collection of individuals and Duos including the premier of his work Mo'Tri for solo flute at the Tampere Flute Fest and the premiere of Backscatter for recorders, pan flutes and electronics at Museum t’ Kromhout in Amsterdam.

John has had the pleasure of taking part in some of the worlds most prestigious Composition Festivals including the highSCORE Festival, Impulse New Music Festival, the ICEBERG Institute, the International Composer's Institute Thailand and will take part in the Alba New Music Festival, New Hong Kong Philharmonia Composer's Retreat and Sofia Symphonic Summit in the 2021 - 2022 season.

As an active recording artist and electronic music composer, John's output hosts a collection of acoustic and electroacoustic albums featured on the music labels Navona Records, Da Vinci Classics and Donemus Composer's Voice, among others.

As a sought after soloist, John has performed on three continents including concert tours throughout the United States.  An avid researcher and performer of Mozart, he began touring his “Franek & Mozart” lecture-concert in 2018 and is currently working on a book about Mozart for popular audiences.  His solo album Purely Mozart demonstrates his particular love of Mozart:  “John Franek's affinity for Mozart is evinced in his brilliant, subtly-shaded playing which brings forth the composer's work in all of its multivalent sparkle and darkness.”  (Scott Hawkinson, Double V Digital Recordings)

John has benefited from the private composition and piano instruction of Silvina Milstein, Edward Nesbit, Matthew Kaner, Phyllis Lehrer and Jay Kawarsky.  Through his participation in the Level II Master's Composition Program at the G. Verdi Conservatorio in Milan he will undergo private instruction from the world class composers Klaus Lang, Marco Stroppa, George Benjamin, Unsuk Chin and Alberto Posadas.

John is the Founder and Artistic Director of his own record label Nous Records, is a Navona Records Recording Artist and maintains and active role as an educator and masterclass artist.  John's works are published by Donemus Publishing.