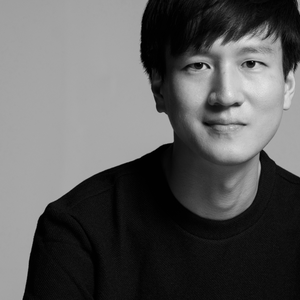 Distorted lyricism, scenic elements with visionary soundscape and trans-genre approaches in music, are characteristic of Yongbom Lee’s work. His compositions include from instrumental concert music to electronic, film and theatre music. Born in Seoul in 1987, he graduated in composition at the Yonsei University in Seoul (BMus) and in 2016 with distinction at the University of Music and Performing Arts Vienna (Mag. art.). Currently he is writing his doctoral thesis at the University of Music and Theatre Leipzig on the subject of "Timbre and Harmony in the compositions around 2000". He studied composition with Michael Jarrell, Johannes Maria Staud, Iris Ter-Schiphorst and Cheong-mook Kim, music theory with Gesine Schröder. He was stipendiary composer at the International Ensemble Modern Academy (IEMA) 2017/18 in Frankfurt.

In 2008 he went through the International Summer Course for New Music (Darmstadt) in composition under the tuition of Wolfgang Rihm, Isabel Mundry, Misato Mochizuki and Marco Stroppa. In this year he founded the composers’ league “SUM - lyric avantgarde”, which has given number of concerts since its foundation. In 2016 his string quartet ›Traces de lumière‹ was selected as obligatory piece for participants in the VII. International Joseph Haydn Chamber Music Competition in Vienna. In the same year he won the Ö1 Talentebörse Composition Award. In 2017 he receives Working Scholarship for Composition from Austrian Federal Ministry for Education, Arts and Culture. He is recipient of the State Scholarship for Composition 2018, awarded by the Federal Chancellery of Austria. ORF Ö1 (Austria) and Rai Südtirol (Italy) sent portrait radio broadcast about him and his works. He is recipient of the Promotion Award of the City of Vienna for the Music 2018. His works are published by Universal Edition and Doblinger. He is composer and founding member of Broken Frames Syndicate in Offenbach am Main. Since 2018 Yongbom Lee has been a lecturer at the University of Music and Theatre "Felix Mendelssohn Bartholdy" Leipzig.