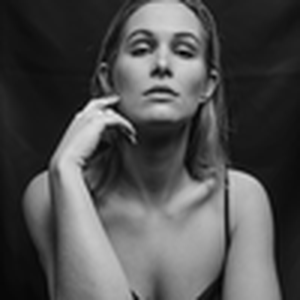 The Belgian soprano, Esther-Elisabeth Rispens started singing when she was six years old. First in the children’s choir Clari Cantuli (Kessel-Lo) and later on in the children’s choirs of La Monnaie/Koninklijke Muntschouwburg in Brussels. As a member of these choirs she had different opportunities to sing in opera’s: A Midsummer Night’s Dream by Benjamin Britten, Boris Godounov by Modest Mousorgsky, Werther by Jules Massenet, Parsifal by Richard Wagner, Oedipe by George Enescu and many more… A lot of concerts and tours abroad and in Belgium took place. Next to this big choir experience, Esther-Elisabeth Rispens got the solo part of Captain in Golden Vanity by Benjamin Britten at La Monnaie (Petrick/Menier), the role of Becky Tatcher in Tom Sawyer by David Miller (Ars Lyrica), and she created the piece A Romantic Environment by the Belgian composer Thomas Smetryns (Matrix). She participated three times at the Youth Opera by the organisation Transparant (Dido & Aeneas, Canti D’Amor, Canti D’Amor II). In 2012, Esther-Elisabeth Rispens was a laureate of the National Belfius Concours. In this period she followed singing lessons in the class of Evelyne Bohen.
When she was 18 years old, she started higher education in classical singing at the School of Arts Gent, in the class of Mireille Capelle. In this context she took part at different masterclasses (Gabrieli Micheli, Lyne Fortin, Sarah Mingardo…) and she played the parts of Miles in the opera the Turn of the Screw by Benjamin Britten (Saks/Vercauteren), Valetto in L’incoronazione di Poppea by Claudio Monteverdi (Petrick/Heyerick), La Tasse Chinoise and La Chatte in L’enfant et les Sortilèges by Maurice Ravel (Goris/Heyerick), Cardenio in Don Chisciotte in Sierra Morena by F. Bartolomeo Conti (Thooft/Heyerick). Since 2014 she also follows singing classes with the Belgian baritone, Louis Landuyt.
In September 2017 Esther-Elisabeth Rispens became the singer of the promising Nemø ensemble for contemporary and experimental music. With this very enthusiastic ensemble, Esther-Elisabeth Rispens sung concerts in De Singel Antwerpen (creation Stabat Mater, Paolo Galli) together with HERMES-ensemble, and in De Bijloke Ghent (festival En Avant Mars/Voorwaarts Maart). In May 2019 Nemø ensemble will again perform in De Bijloke with an experimental and very new program.
In July 2018, Esther-Elisabeth Rispens was part of the International Summercourse Darmstadt, in the singing class of Donatienne Michel-Dansac.