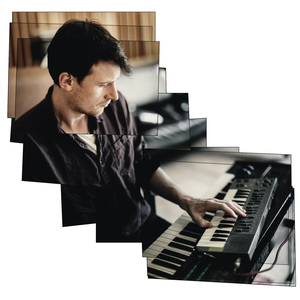 Barry O’ Halpin is a composer and experimental guitarist based in Dublin, Ireland. He is currently Composer-In-Residence and electric guitarist with Ireland's leading new music group Crash Ensemble, developing a large scale ensemble work for premiere in 2020, and 2018-20 Arts & Humanities Artist in Residence at Parity Studios, University College Dublin.

Written for diverse ensembles, his compositions frequently draw inspiration from the uncanny musicality in sounds, patterns and imagery of natural phenomena.

Wolf and frog choruses are transcribed and fused together in Vargvarde for choir; Hox filters the growling 'song' of a wasp through the fidgeting rhythms of bass flute & drum kit; Stonemired for chamber ensemble draws evocative harmonic colours from the atomic spectra of chemical elements.

As a composer-performer, he uses microtonality and unorthodox techniques to explore new uses of the electric guitar in contemporary chamber music, in solo pieces Grave Goods and Stridula and chamber works such as Lipids.

“It wasn’t just tuning that went beyond “confines”. O’Halpin deploys the sonic possibilities of the electric guitar in ways that are pretty much alien to those of its familiar role in rock music. “ Michael Dungan, The Irish Times

He was Guitar Fellow at Bang On A Can’s 2017 Summer Music Festival in the USA, and their 2016 Villa Music Residency in Germany, where he performed in numerous works including those by composers in attendance Louis Andriessen and Michael Gordon.

His work has featured in festivals & concert series including Bang On A Can Summer Music Festival (US), Tokyo Wonder Site (JPN), Other Voices, New Music Dublin (IRL), and Borough New Music (UK).

He also composes & performs with experimental rock group Alarmist, with whom he has released four records to international critical acclaim.