Theia it is a name that comes from afar and that has traveled through history through the centuries.
Especially fascinating is the giant impact theory, proposed in 1975 by William K. Hartmann and Donald R. Davis, which deals with the scientific community's preferred hypothesis on the formation of the Moon. The idea is that a body the size of Mars - called Theia - collided with the Earth at the dawn of the solar system, throwing enough material into circumterrestrial orbit to form the Moon. The piece was born precisely from an impact, which by repeating itself falls apart, gradually leaving room for new "material", always generated by the initial collision, which articulating itself in various sections creates states and scenes.

https://soundcloud.com/pasquale-punzo-585160023/theia-2021-for-ensemble
None
Also added by this member 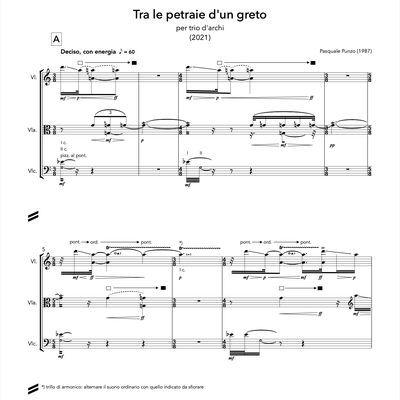