The mining holdings that took part in Murcia, on the east coast of Spain, at the begginig of the XXth century, turned the area into an emigrant zone. Workers from Andalucía brought flamenco music, and the songs that were developed around the miner’s labour, full of oscurity and referent to their dangerous work and hard life conditions, are call Tarantos.

This piece is not trying to exalt, like a tribute, or just transfere the original chants to the ensemble in this piece. Since I'm personally close to this region, where I grew up, and his music, I’m just embracing certain musical gestures and sonorities that are in my musical memory, and therefore I can’t avoid, from my contemporary perspective.

https://soundcloud.com/fran_ag_89/tarantos?si=3ad71b958e7d41c185c5de6a254277ec&utm_source=clipboard&utm_medium=text&utm_campaign=social_sharing
None
Also added by this member 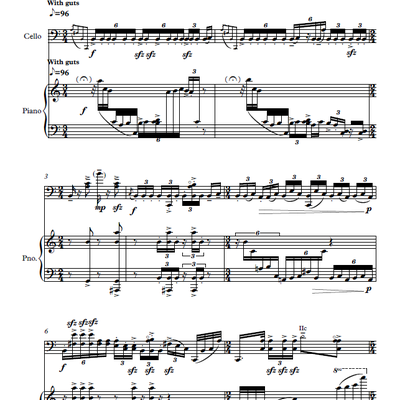 Something on the sea by Yannis Vakirtzis